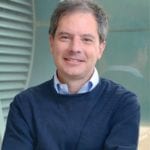 David Corey received his BA degree in Chemistry from Harvard in 1985 and his PhD in Chemistry from UC Berkeley in 1990 under the guidance of Peter Schultz. After postdoctoral work at UC San Francisco, Dr. Corey joined the faculty of the Department of Pharmacology of the UT Southwestern Medicinal Center in 1992, where he is now the Rusty Kelley Professor of Biomedical Sciences. Dr. Corey is President-Elect of the Oligonucleotide Therapeutics Society and an Executive Editor for Nucleic Acids Research.

Re-examining Mechanism & Analysis of miRNAs 11:00 am